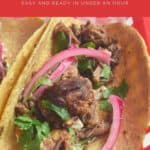 Tender, flavor packed beef that's perfect for tacos, burritos, nachos and more, all made in a fraction of the time. Learn how to make Instant Pot Barbacoa with this easy to follow recipe!

What is Instant Pot Barbacoa?

Beef chunks are stewed in a super flavorful sauce, packed with Mexican style peppers to give you maximum full flavor. Not as spicy as it is flavorful, we flavor this with traditional flavors such as cumin, chili powder and lime. Add in some garlic and adobo sauce for a smokey note and you'll get a deep bit that's super juicy.

Traditionally, Barbacoa is slow cooked over an open flame. In central Mexico, it's common to cook it in a brick lined oven dug into the ground low and very slow. But with the Instant Pot (affiliate), we can get our meat from tough to tender in a fraction of the time.

Why you'll love it

Once you get past the couple of steps at the beginning - both of which are pretty easy - this is very much a set it and forget it recipe. Blend together your sauce, sear your meat, than throw everything in your Instant Pot and let the pressure cooker work it's magic.

Come back a little over an hour later and you'll have super tender meat that's ready for dinner. Food that gets better without you even having to be in the kitchen? Sign me up, that's exactly what we get with this Instant Pot Barbacoa.

Need an awesome meal planning tool? Easily import this recipe to Plan To Eat (affiliate), schedule it and get your grocery list right on your phone. Get a 30-day free trial (affiliate) with no credit card required. 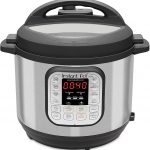 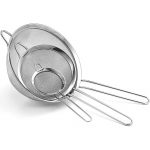 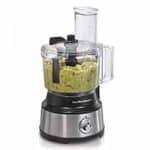 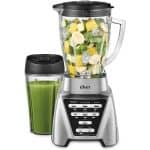 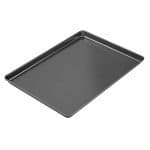 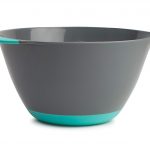 How to use an Instant Pot

Before you start this recipe, make sure you are familiar with the instructions and safety manual for your model of Instant Pot (or other pressure cooker). Instant Pot itself offers a nice set of videos on How to use an Instant Pot.

While pressure cookers are awesome tools, they have to be used correctly. Take the time to be familiar with how to use yours before you begin to avoid injury and give you the tastiest results.

Allow about 1 hour and 30 minutes from beginning to end. This includes about 5 minutes to make the sauce in the food processor or blender, the time it takes the Instant Pot to come up to pressure, cook for 45 minutes, and release, plus a few minutes to shred the beef and broil it in the oven.

This recipe calls for 3 pounds of brisket, which is enough to feed about 9-12 people. Brisket is usually sold in at least this size, so that's our starting point. If you're feeding a larger crowd for a party, you can scale the recipe up using the recipe card below.

Remember, you can always freeze the leftovers, thaw them in the fridge and heat them up to use later.

If you don't have an Instant Pot, you can make this in a crock pot (affiliate) as well. Complete Steps 1 and 3 below as is. For step 2, instead of adding it to the Instant Pot, place it in a slow cooker on low for 8 hours.

Step 3: When timer goes off, allow about 15 minutes for a full, natural release.  When pressure has fully released, open lid and transfer beef to a large mixing bowl (affiliate). Shred with forks into large chunks, then pour onto a large baking sheet (affiliate). Broil beef on high for about 5 minutes, until beef begins to crisp slightly.

Serve immediately or return to Instant Pot to keep warm until ready.

Traditional mexican beef made quickly and easily in the Instant Pot!