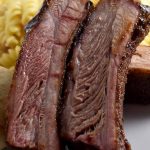 Some meals just make you happy. Ribs is definitely one of those. Whether you’re throwing a backyard barbeque or tailgating before the big game, there are few things better than a perfectly tender BBQ rib. Learn how to make perfect smoked ribs with this deep dive recipe.

When to make Smoked Ribs

Ribs are a great, scalable meat when cooking for a crowd. I throw about 3 racks on whenever we throw our backyard pool parties in the summer, which draw in about 20-25 people. They’re great for Memorial Day, 4th of July or Labor Day.

But my favorite time to have them is alongside a football game. Whether I’m cooking them when having friends over to watch the big game, or grilling them stadium side at a tailgate, there’s few things better than a perfectly smoked rack of ribs!

Check out some of our other great recipes, like cajun shrimp and grits, smoked gouda mac and cheese, chicken tikka masala, or 29-hour, super tender sous vide chuck roast. Or, try one of my wife’s favorites, my Bacon Lamb Sliders which are 100% flavor-bombs. .

How to make Perfectly Smoked Ribs

Carefully remove pork spare ribs from packaging, being sure not to gash the meat with your knife when doing so. Place ribs on a long sterile cutting board. Using a chef’s knife, cut off any small loose parts that are hanging off the rack of ribs. Those flaps will just burn, so they’re not worth keeping. If it’s weird and doesn’t look like it belongs, get rid of it.

Now, here’s where things get controversial. A lot of people swear by removing the membrane (aka silver skin) from the back of the ribs. I leave mine on. This helps hold the form of the ribs and in fact doesn’t get in the way of the smoke penetrating the meat.

A lot of people go with crazy spice rubs for their ribs. However, as I’ve gotten more experienced, I’ve simplified my rub quite a bit. Where I used to add a bunch of spices for flavor, now I tend to roll with salt, pepper and a touch of paprika (mostly for color). The better you get at smoking, the more you’ll learn that great flavor comes from perfectly rendered fat and smoke itself.

To rub, combine the salt, pepper and paprika in a spice shaker. Shake to mix. Begin rubbing the ribs with the backside first. Slather the ribs with a little bit of yellow mustard and spread with your hand. Pro tip, wearing a glove on your “wet hand” is a big help here.

Shake the spice shaker until the salt, pepper and paprika are well mixed. Going back and forth in an even typewriter type pattern, spice the ribs until they’re evenly covered with the mix. Try to get everything as even as possible, so that every bite tastes the same. Flip rips over and repeat on opposite side, then continue until all ribs are seasoned.

For your average backyard offset smoker ($), smaller logs will help you control temp, as they don’t fluctuate as much as larger logs. Smoker is ready when the temp is stable and you get clean smoke coming out of the smoke stack.

Place ribs on the opposite side of the chamber from the firebox. Make sure your water pan is full of pre-warmed water and close the lid. Leave it closed for two hours, only opening the side chamber to manager the fire. Your goal for this time is simply to keep the fire stable between 265° and 270°.

After two hours, open the lid and check your ribs. They should be turning a nice reddish mahogany color at this point. Using a spray bottle, spritz the ribs lightly with apple cider vinegar. Check the water pan and top it off, if necessary. Close the lid and continue to cook between 265° and 270° for another 30 minutes.

Find out why people love our most popular recipes, like Sous Vide Pork Tenderloin, Instant Pot Chicken a la King and Homemade Beef Stroganoff. When it’s burning hot in Tallahassee, I love to pop some Arnold Palmer Popsicles in the freezer, or cool off with Pomegranate Margaritas.

While the ribs are cooking, warm your BBQ sauce . In a squeeze bottle, mix a cup of warmed sauce with a cup of Organic Apple Cider Vinegar. Shake well to dilute.

Open lid to smoker and squeeze a light layer of diluted sauce over the ribs. Using your hand, rub it around so the ribs are evenly coated. Close lid and allow 10 minutes to set.

Next, open lid and flip ribs over gently with your hands. Use a towel if you need, but try to avoid tongs as they tend to rip the bark on your ribs. Cover back of ribs with sauce and close lid again for ten minutes.

After sauce has had another ten minutes to set, prepare to wrap. Tear off a sheet of aluminum foil twice as long as the ribs. Spray a little bit of diluted sauce in the center of the foil.

Pick the ribs up and transfer them to the foil, with the front of the ribs facing down. Again, you want to transfer the ribs with your hands. There’s two tricks for this. One is to use a towel. The other is to spritz your hands with the spray bottle just before picking them up. I go for the later as it buys you just enough time to move them before the burning sets in.

To wrap the ribs, begin by folding the sides of the aluminum foil in to the center of the ribs. Next, fold the bottom part to the top, running your hand along the ribs so that the foil is flush against the ribs.

Fold the top down and over the ribs, again running your fingers along the top of the ribs so that the ribs are wrapped tightly. The key is to do so without tearing the foil, and we want to trap the juices in the foil wrap.

When to pull your smoked ribs

After a couple more hours, begin checking your ribs. Using a towel, pick up the ribs and feel for the third bone in on the thicker end of the ribs. If the there’s still some stiffness here, let the ribs continue to cook, checking every 20 minutes or so.

Once that spot feels pliable, your ribs should be done. Pull them off and onto a baking sheet, keeping them wrapped in the foil. Allow them to rest at room temperature for 30-40 minutes.

Carefully unwrap the ribs and allow the juices to pour onto the ribs and your cutting board. There’s so much flavor there, use it to your advantage!

Using a long bread knife, run the knife between each bone with long, smooth cuts. Continue until each ribs is cut and serve immediately. The perfectly cooked smoked ribs should hold up well against the cut, but easily come off the bone when you bite into them. Delicious!

Check out some of our other recent posts

Pork spare ribs are cooked to tender perfection, the fat perfectly rendered and without a caked on, overpowering rub.  Simple, well executed ribs will set you apart from the crowd. 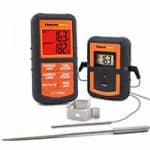 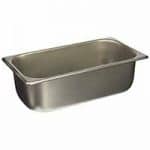 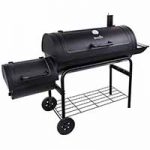 We may make a small commission if you make a purchase after clicking links followed by ($). This helps us keep the lights on, so we appreciate your support.  For instance, you can support this blog by clicking this link ($) when you Buy Stuff on Amazon ($).

Hi, I'm Mike. In my family, cooking is serious business. After cooking professionally, I turned to the business world. But that hasn't dulled my love for finding new, creative ways to cook up those family favorite meals. I bring my experience here to Nerd Chefs, where we look to deliver smart but easy-to-follow recipes for any home chef to master. Read More… 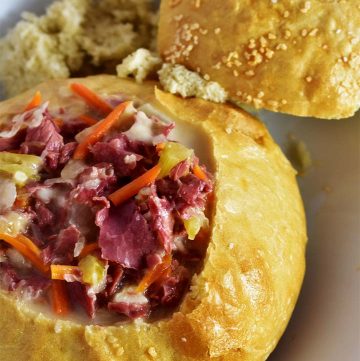 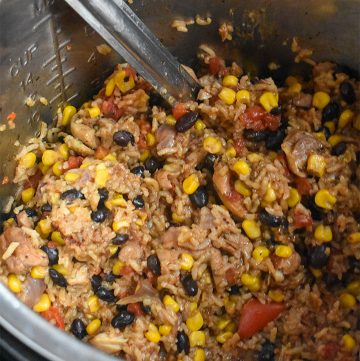 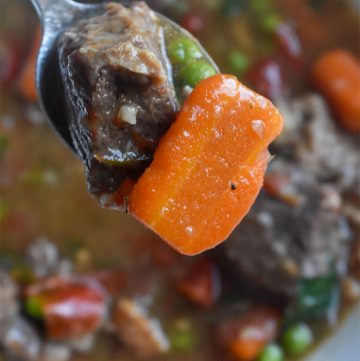 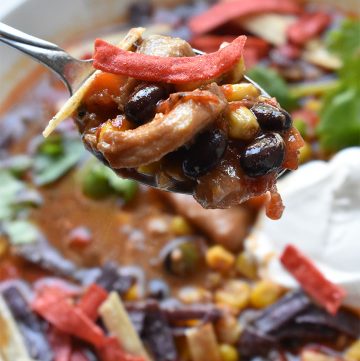 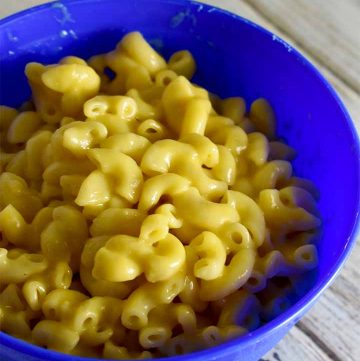 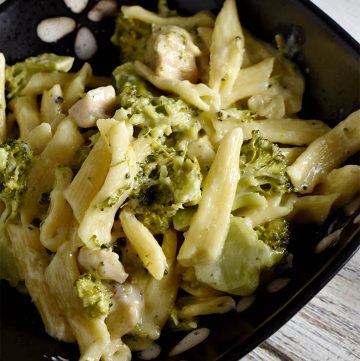 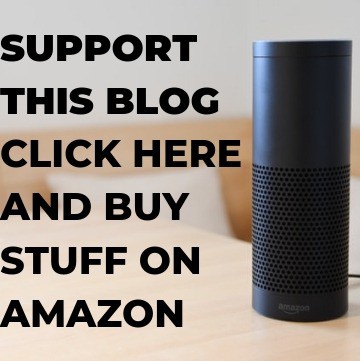 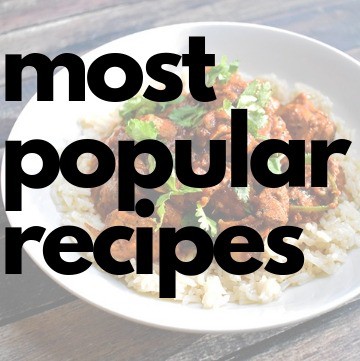 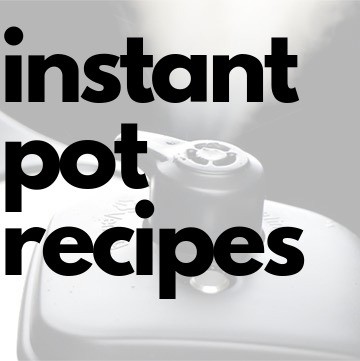 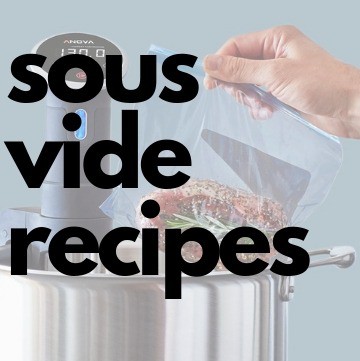 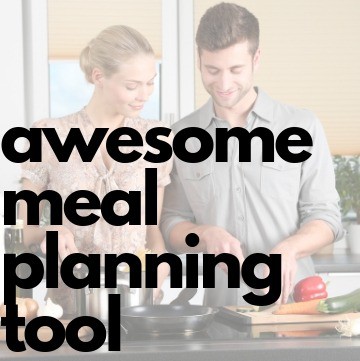